You are here: Home / Herbal Medicine / A Look Into the History of Herbs 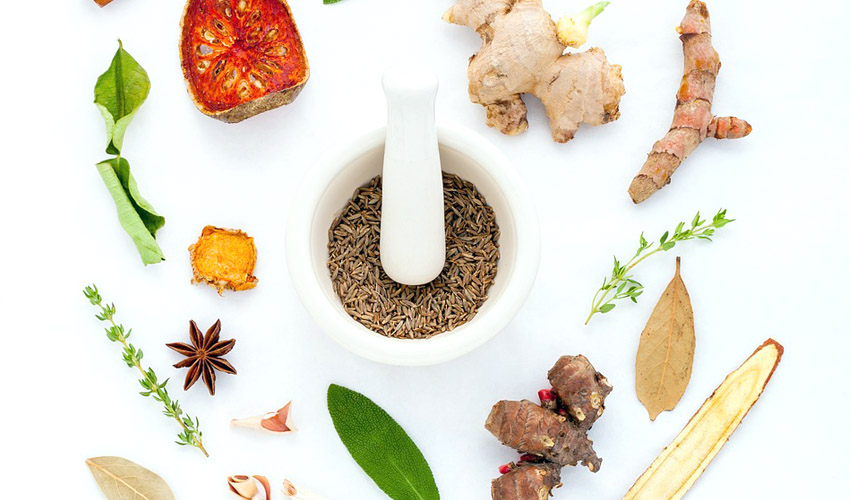 The world of today is a world of progress, no one doubts about that. We have managed to do in 200 years of continuous industrial revolution, what we couldn’t do in thousands and thousands of tumultuous history. And yet, with all these technological breakdowns and synthetic substances, artificial food, not to mention the reign of King Plastic, some people still find the power and the wisdom to ask themselves how people in the past remained healthy and fit without nutritional supplements, drugs, even antibiotics. Their secret was that that they used what Mother Nature gave them: the plants to cure themselves. Fortunately, this knowledge hasn’t been forgotten; even if they’re not so widely used, plants have found their place in our civilization.

The story begins thousands of years ago, before the recorded history, when man didn’t know how to write or read, but knew how to follow their instincts. They discovered that certain herbs could alleviate their pains, others could make a wound disappear and others could even kill them. In the course of time, societies developed and with them appeared the means to transmit their knowledge other than orally.

5000 years ago, in Ancient China, people used rhubarb (Rheune palmatum) as a purgative without knowing anything about the actual active substances they contained. Also, they used Ephedra to treat asthma, even though the substance called ephedrine was discovered much later, in 1887 AD. All oriental ancient civilizations had their insights into the fascinating world of botany, as plants were one of the few elements to which they could resort to heal themselves. The famous king Hammurabi of Babylon (18th century BC) recommended mint to cure constipation and other digestive disorders. Mesopotamian doctors considered that the best time to take a herbal medicine was at night or early in the morning, a principle which is confirmed nowadays by modern studies. The Indians had an entire system of rules, prescriptions, remedies and practices, called Ayurveda, many of which involved the use of plants. They also had strict rules about when, by whom and from where the plants should be collected

People in Ancient Egypt knew and used the castor-oil plant, wormwood, saffron and oregano to heal and disinfect wounds; they also put coriander in their tombs so that the spirit will remain healthy in his afterlife. There are written records of their use of garlic (especially for the workmen who built the pyramids), indigo, mint and opium. The Greek and Roman civilizations have made a major contribution to the medical science. Although much of their studies stemmed from other cultures (Mesopotamian, Egyptian), they added precious information and, in time, they became more and more concerned about the diseases and cures as natural and realistic processes, rather than spiritual or magical. Physicians like Hippocrates, Dioscoride and others have recorded their discoveries; their works would enlighten the pre-medieval civilizations for many centuries after their death. Dioscorides wrote De Materia Medica (1st century AD), which contained a list of hundreds of medicinal plants, along with their description and curative qualities.

The Dark Ages met with a lack of any further recorded herbal studies; the knowledge was probably transmitted from generation to generation – parents taught children, monks, even herbalist taught apprentices. However, there lived a great Persian physician by the name of Avicenna (Abu Ali al-Husayn ibn Abd Allah Ibn Sina) who wrote one of the most famous books in the history of medical science: The Canon, which also contained information about how plants should be used and their properties.

In 1527, the Swiss thinker Paracelsus demonstrates that only a small part of the plant has an effect upon the human body (1g per 20 kg of plant), which is what we now call active substance. Later on, scientists have developed methods to isolate these substances.

However, the first complete categorization of all known medicinal plants was printed in a book called Theatrum Botanicum by John Parkinson in 1640 AD. In 1649 Nicholas Culpeper pulished A Physical Directory, which is considered one of the best herbal pharmacopoeia manuals still quoted today.

As chemistry as a science developed, physicians started to use more and more widely synthetic medicines, such as aspirin, which proved to have side effects. Yet all pharmacists and drug producers confirm the fact that, unlike artificially synthesized substances, medicines extracted from plants are more accessible to the metabolism and friendlier with the human body.

Posted In : Herbal Medicine
about herbs history of herbal medicine