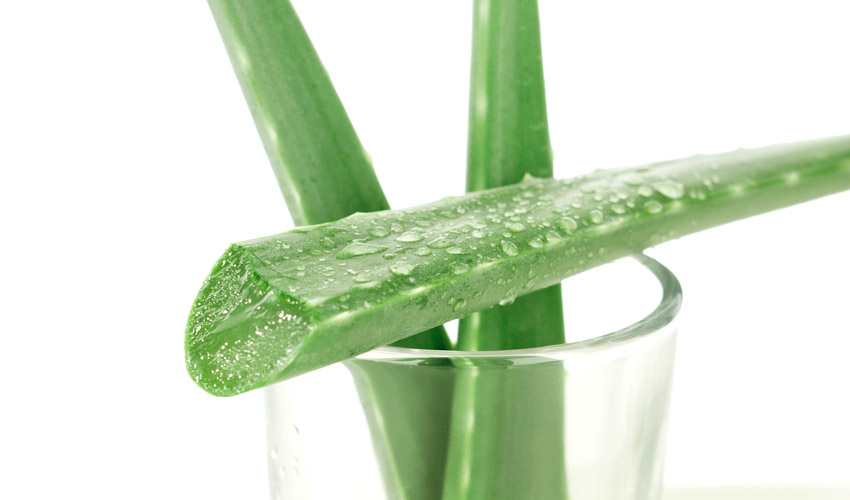 Aloe is grown mainly in the dry regions of Africa, Asia, Europe and America. Because of its many therapeutic uses, it is now commercially cultivated in the United States, Japan, and countries in the Caribbean and Mediterranean. However, in many places you can grown your own Aloe Vera plant quite happy in a pot as a household plant.

Despite its very cactus-like characteristics, Aloe belongs to the lily family, which also includes asparagus, onions, leeks and garlic. The Aloe plant contains over thirty enzymes, including lipase and oxidase. It could be argued that enzymes are the missing element in the modern diet since 40% of the adult population suffer digestive problems and digestion is enzyme-based.

Aloe Vera also contains significant levels of salicylic acid (the active ingredient in aspirin) which accounts for some of the herb’s pain-killing potential. Some people swear by a burst of aloe spray on sunburn when a gel or cream is too painful to apply. If you suffer from second degree burns Aloe Vera’s natural gel is what you should apply for a speedy recovery.

Salicylic acid also plays a role in Aloe’s detoxifying and cell-cleansing capacity. The well-researched capacity of Aloe to stimulate the immune system is arguably its most important attribute. Others have testified that a daily drink with high quality Aloe juice helps clear sensitive skin. Aloe is well known as a soothing ingredient in skincare lotions and body products.

Sun burn or sun tan has turned out to be one of the major problems for people due global warming and other climatic changes. Aloe Vera has been widely used to protect you from such problems. It can also be used as an ointment for your backache or other pains you suffer from.

To avoid dark circles under your eyes you can use this gel every night before sleeping to have less tired and more beautiful eyes. It also helps with any skin irritation caused due to infection or bacteria. It can also be used for minor wounds.

It helps in reducing swelling and relieving pain. The plant gel has been known to have anti-inflammatory, anti-bacterial and anti-viral properties to help you from most of your problems. As the gel enters your skin very easily it becomes one of the biggest sources of anti-ageing products.