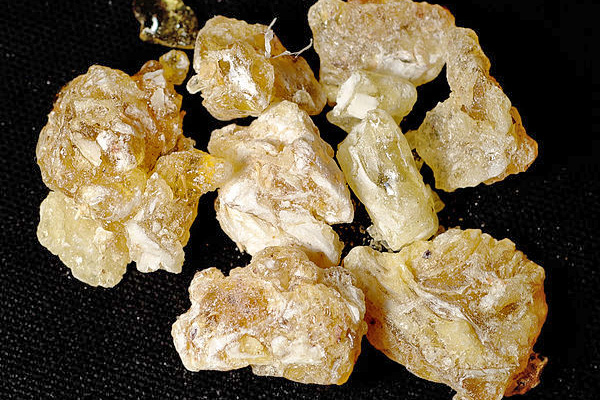 Since farther back than anyone can remember Frankincense has been used for medicinal and religious purposes. Early Egyptians used Frankincense as part of their embalming process, the Greeks used it as an antidote to hemlock poisoning, and the Chinese used it for trading as well as for internal and external purposes. Today, Frankincense is used mostly for aroma therapeutics but many have also recognized it as an anti inflammatory, antiseptic, and a diuretic. Some medical research has been done showing a relationship between the possibility of Frankincense and the treatment of osteoarthritis and may have some anti cancer fighting agents.

Frankincense has been around since ancient times and is even mentioned in the Bible. The Jews offered up Frankincense in ceremonies. It seems that different regions use Frankincense for different reasons; the Chinese use Frankincense to treat leprosy, Egyptians used Frankincense to pain women’s eyelids, hair remover, and perfume. The main contribution of Frankincense is for respiratory distress and although it was once taken internally but no longer is but now is rather used as more of incense and when it is infused with vapors it can help laryngitis.

Frankincense comes from a tree called the Boswellia Thurifera which can be found in Africa and Arabia. To get Frankincense, they split the trunk of the tree and allow the resin to harden before it is harvested. Frankincense is commonly used in the practice of Wicca which is a religion that practices witchcraft. They use Frankincense for perfumes and believe that it corresponds well with certain days such as Sundays and Wednesdays. What Wicca’s call a solar spell is affiliated with Frankincense in the form of oil or herbs are used for spells and formulas that are related to solar issues.

These spells would be used for such purposes as physical energy, protection, success, and putting an end to specific legal issues. When you refer to Frankincense in the form of essential oils it is very expensive and is usually diluted with other oils or jojoba oil. These combinations are also used by the Wicca’s when casting spells. Some people prefer to substitute Rosemary for Frankincense.

Ironically enough never forget that Frankincense was one of the beautiful gifts that were brought to baby Jesus on the night of his birth by one of the three wise men. This is also used to increase menstrual flow, to treat syphilis, for unsightly scars and stretch marks, and breast cysts. Further it is used to treat acne, boils, and skin infections as well. Frankincense is one herb that is not edible and is not known for use in any recipe contrary to those who believe that Frankincense is used in Indian cuisine. It is not known to be used in any cuisine at all but it is extremely helpful for the practice of aromatherapy.