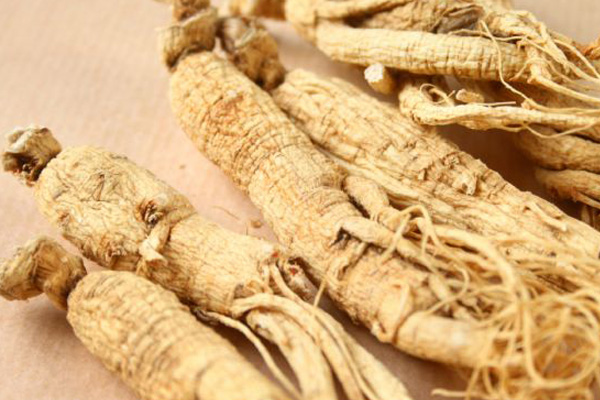 Out of all of the herbal supplements on the market today, Ginseng is the most widely used. In earlier times Ginseng went by a different name, “man root.” because the root resembled that of the shape of a man. To this day many people believe in the powers of Ginseng as they believe that it has healing and mystical powers. The Ancient Chinese thought that when a plant resembles a human body part that it would have a healing effect on that part of the body. In other words if a plant resembled a hand it would have the ability to heal the hands. But since Ginseng resembles the entire body it is thought that is can bring balance and well being to the whole body.

Ginseng contains complex carbohydrates, is an anti inflammatory, an anti oxidant, and has anti cancer elements. Notice today that many energy drinks contain Ginseng which is because it is known for creating energy, this was brought to the forefront by the Chinese but Americans have a different plan for Ginseng which is use it for mental lucidity and treating stress. There has been a growing relationship between Ginseng and its ability to strengthen physically as well as mentally and maintain good balance.

It was the Russians who actually made that discovery however the Asians have discovered that Ginseng helps mental improvement, eliminates anemia, and helps prevent diabetes, neurosis, coughs, asthma, and TB. Further they found that it can be very beneficial to the liver and can also reduce the effects significantly of a hangover.

There has been more recent research on Ginseng than on any other herbal supplement, ever. The concern is that many times when people purchase Ginseng at various stores it may have been over processed and therefore not as effective. The best way is to make sure that you are purchasing authentic Ginseng and in order to do that you may have to purchase the Ginseng root. Oddly enough, with all of the research and studies that have been conducted on Ginseng the FDA has yet to endorse it. It is known that people who suffer from high blood pressure, heart disease, bleeding or clotting disorders, or diabetes should not use Ginseng unless they speak with their physician first.

While it is true that Ginseng is most widely recognized as a medicinal herb it is also used quite frequently in teas and in cooking. Most people are aware of the infamous Ginseng tea but many are not aware that Ginseng is sliced and put into soups and often boiled and mashed, added to stir fry dishes, and added to boiling water when making rice. It is much more common for cooking in Chinese, Korean, and Asian foods.

Often Ginseng is used when cooking chicken and mushroom dishes. Many people also use it in desserts for some added zing. It is often used in soups, salads, and even jellies. It seems that most people who enjoy the benefits of Ginseng for cooking are vegetarians but it might be becoming more popular since people are now learning the true benefits of this very popular herb.