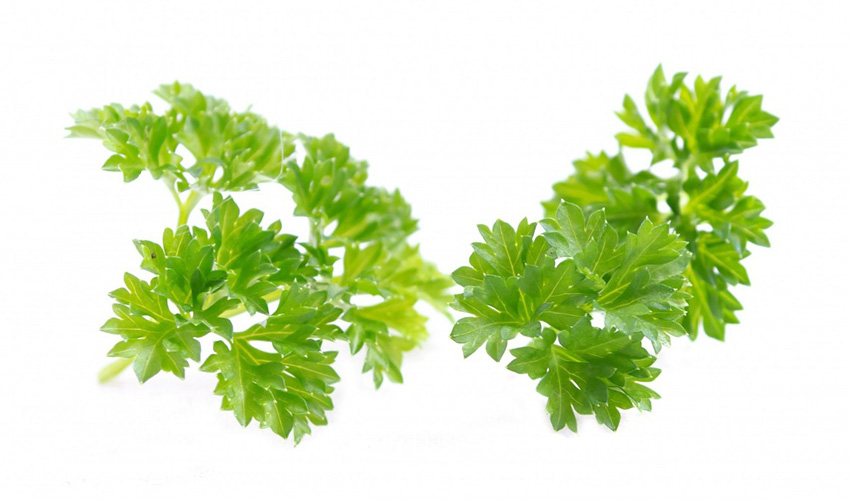 When it comes to herbs, traditions have changed, varieties have increased, but through it all, Parsley has just stayed Parsley, flat or curly leaf, nothing major and no need for change. Use it as an herb or use it as a garnish, it does not matter people still love it. Often used fresh or dried, fresh is more popular and has very easy access when purchasing it or growing it. Storing it is simple, just wrap it is a damp paper towel and place it in a baggie and store it in the fridge. Parsley is used for all kinds of sauces and salads. Parsley can pretty much be added to anything and is used often to color pestos but it is very frequently used as a garnish.

Throughout history, parsley has been used for cooking as well as for medicinal purposes but has also been used for a lot more. Early Greeks used Parsley to make crowns for the Olympian winners. Hebrew tradition uses Parsley as part of Passover as a symbol of spring and rebirth. Parsley tracks all the way back to Hippocrates who used it for medicinal purposes for cure alls and as an antidote for poisons.

He also used it for ridding kidney and bladder stones. Many of these prior claims have been validated through modern science and it is true that Parsley is rich in vitamin A and C and is also shown to clear toxins from the body and reduces inflammation. Parsley has three times the amount of Vitamin C than oranges do!

Back in much earlier times, any ailments that was thought to be caused from a lack of Vitamin C was treated with Parsley such as for bad gums and loose teeth, for brightening what were considered dim eyes. The Greeks almost feared Parsley because it was associated with Archemorus, who too was an ancient Greek. Ancient tales tell that Archemorus was left as a baby on a parsley leaf by his nurse and was eaten by a serpent. For this reason the Greeks were terrified of Parsley which sounds kind of silly now but it took a while for them to get over that.

Parsley was also used to regulate menstrual cycles because parsley contains apiol which mimics estrogen, the female sex hormone. Parsley was also used to ward off Malaria and is told to have been very successful in doing so and it aided with water retention as well. Although these are old wives tales as some might call them when you consider them for just a minute they really do make a lot of sense.

Some of these old remedies still are used in part today such as the use of Parsley for kidney stones, as a diuretic, for rheumatoid arthritis, as a stimulant, for menstrual regulation, to settle the stomach, and as an appetite stimulant. You can purchase Parsley juice at herbal stores and it can be very healthy for you although it might not taste the greatest it can be mixed with other juices to enhance the flavor. Dried Parsley really has the least amount of nutritional value to it.